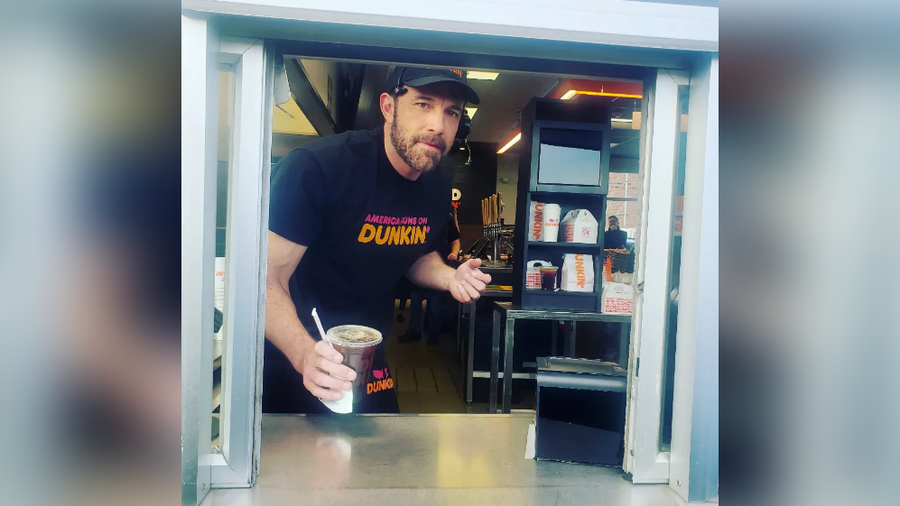 The folks of Medford, Massachusetts who rolled through the Dunkin’ Donuts drive-thru on Tuesday got a little bit of a surprise with their coffee!

Actor Ben Affleck and Boston native was slinging coffee and donuts via the drive-thru window! His hottie wife, Jennifer Lopez was also seen around the Dunkin.

The Hollywood power couple was reportedly in the area filming something for the Canton, Massachusetts-based company.

Lisa Mackay said she went through the drive-through of the location on the Fellsway around 10 a.m. and was greeted by a familiar voice.

“You can’t take the Boston accent out of the boy,” she said.

Mackay said she ordered a coffee. When it was her turn to pull up to the window, Mackay said she was greeted by Affleck’s recognizable face and asked to take his photo.

She said Affleck was, “just as funny, quick-witted and nice as you would imagine.”