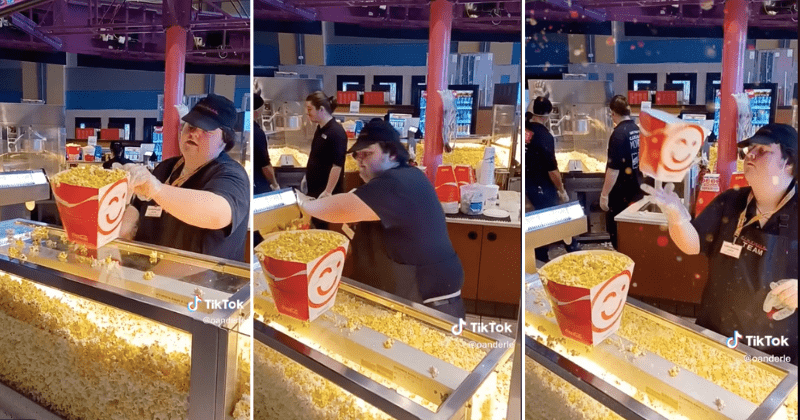 Jason Grosboll works at a Corpus Christi, Texas movie theater and he is a force to be reckoned with when it comes to serving up delicious, buttery popcorn.

The world has labeled Jason as ‘Popcorn Guy’ due to his impressive popcorn serving skills. The dude basically puts on a mini performance with each and every bucket of popcorn he serves up.

One of his guests, a man named Oscar, decided to take a video of him in action and the internet is losing their minds.

The video became so popular that Jimmy Kimmel felt compelled to share them with his audience on his daily talk show.

He compared the effort that Jason puts into the amazing skills of the Harlem Globetrotters and we are inclined to agree. Jason was given the chance to tell his story, letting the audience know he’s been doing the job for 10 years but he’s only been serving up this trick for the past 5.

Dude has skills, that’s for sure!