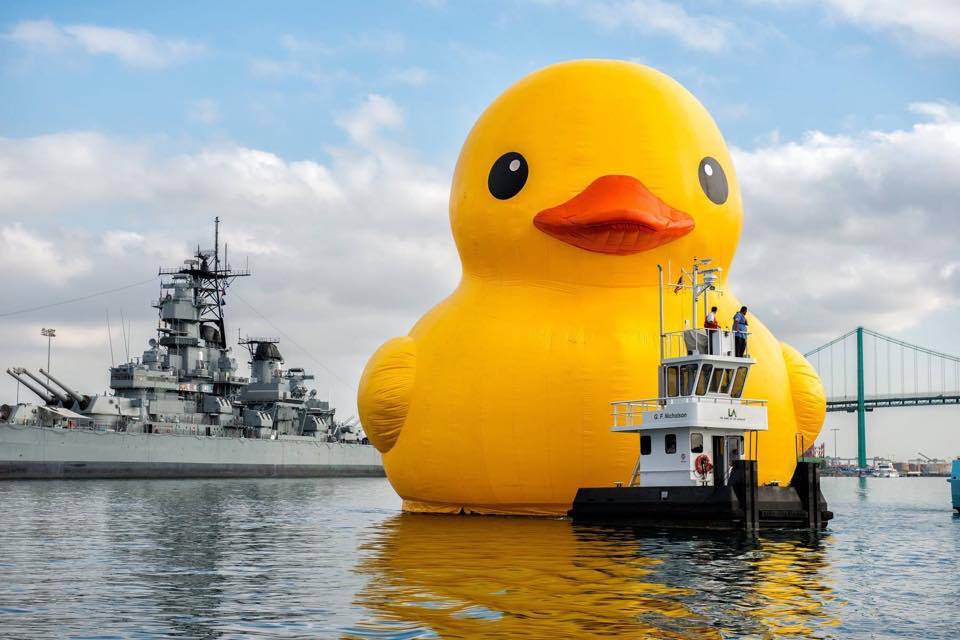 There are not a lot of bathtubs that can handle this bad boy! The 11-ton, six story high rubber ducky will be floating around Lake Superior this summer as an alternative!

The “World’s Largest Rubber Duck” is joining the giant fleet of Tall Ships expected at a Duluth, Minnesota festival this August.

The 61-foot tall bath toy will be floating at the annual spectacle alongside replica ships that include a Spanish Galleon and a Viking longboat.

Dutch artist Florentijn Hofman hatched the idea of giant rubber ducks in 2007. His 50-foot tall duck has migrated to five continents around the world.

How does the duck get around you ask? The duck can be deflated and packed in a standard FedEx cargo container that loads onto a plane.

It is certainly rather strange, but what a site to see!