The entire floor only cost $92! 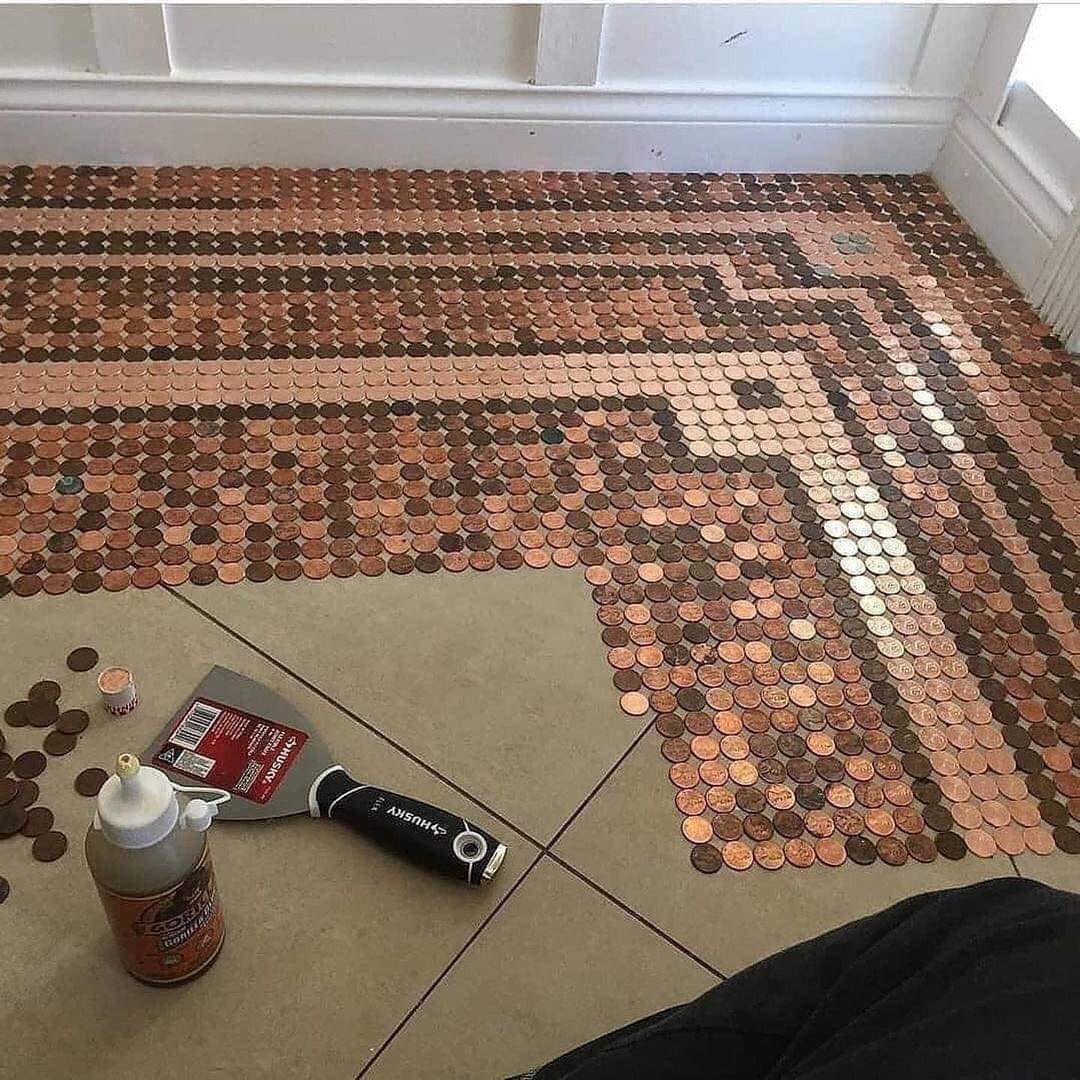 The floor was done with no specific pattern in mind and Kelly simply let her mind run free as she was placing the coins down!

Kelly is actually a coin collector, but for this project, she went to the bank and purchased rolls of pennies. She then sorted through the pennies and separated new from old. This is what gives the floor a mosaic look. 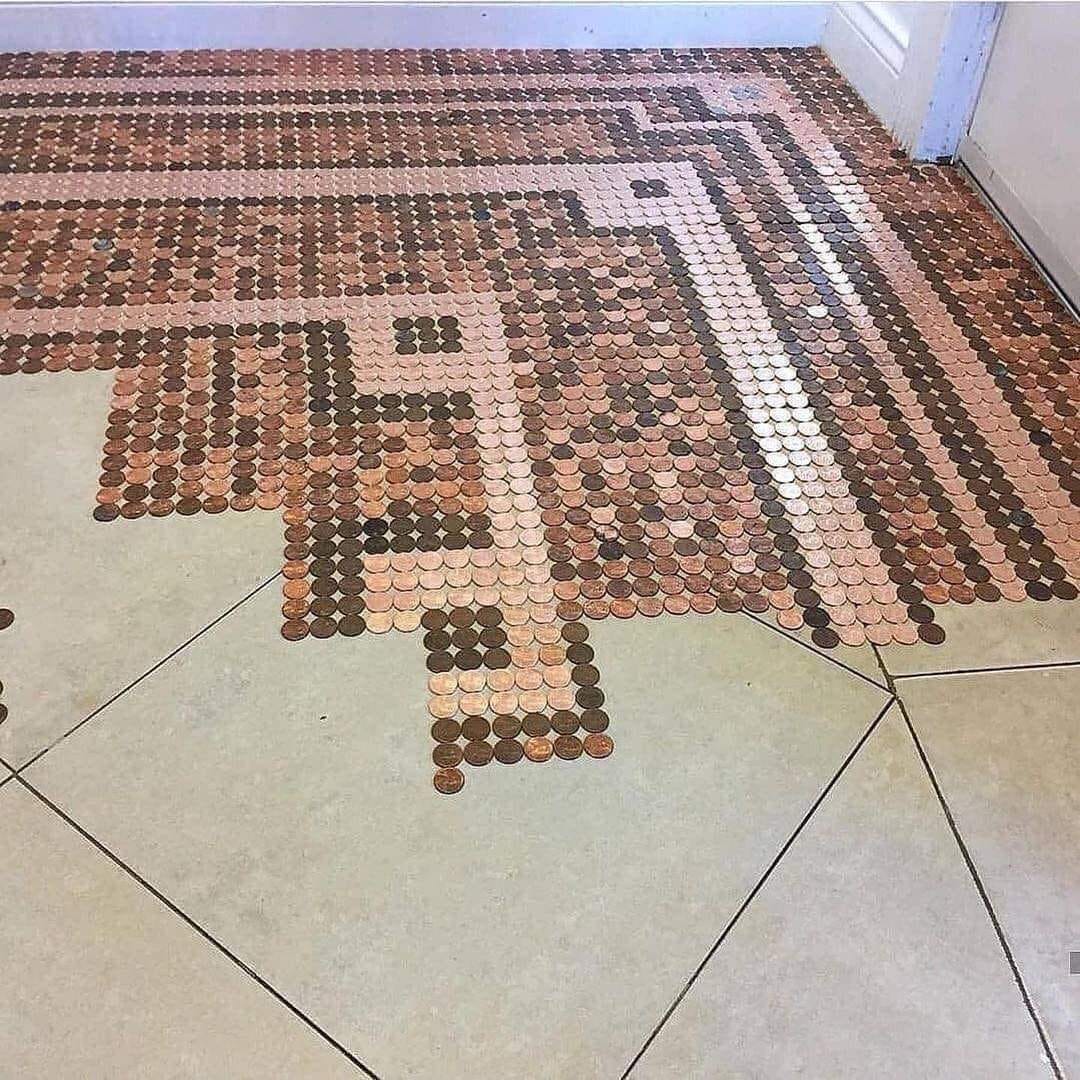 Despite the amazing finished product, Kelly explained at first, her partner was unconvinced about having a floor covered in coins.

“My partner was not feeling it when I said I was going to do a penny floor,” she continued. 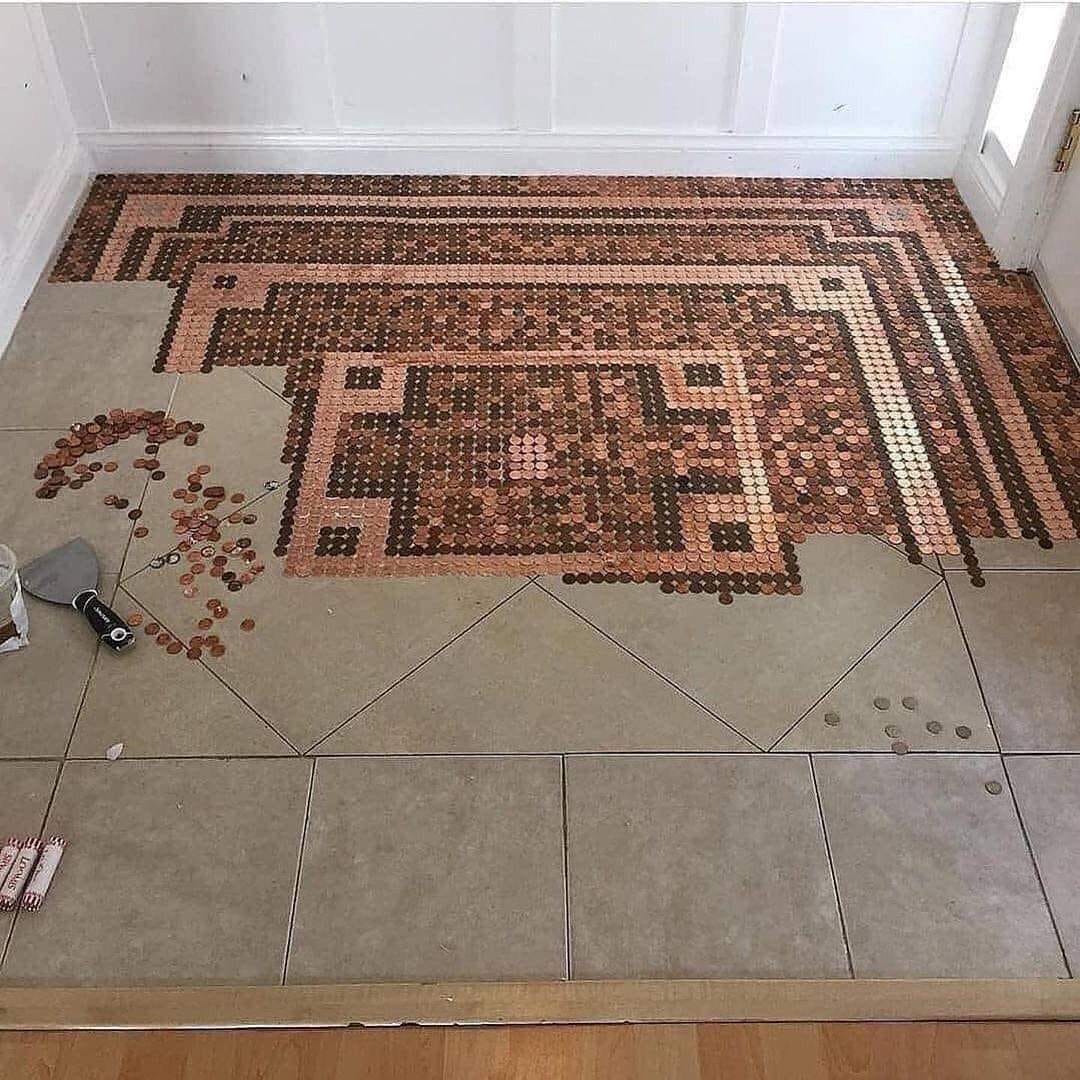 “However, when the floor was taking shape, then I was rewarded with a ‘okay, I was wrong and you were right.’

“It just flowed from my mind as I went along. No pattern, but what was in my head. 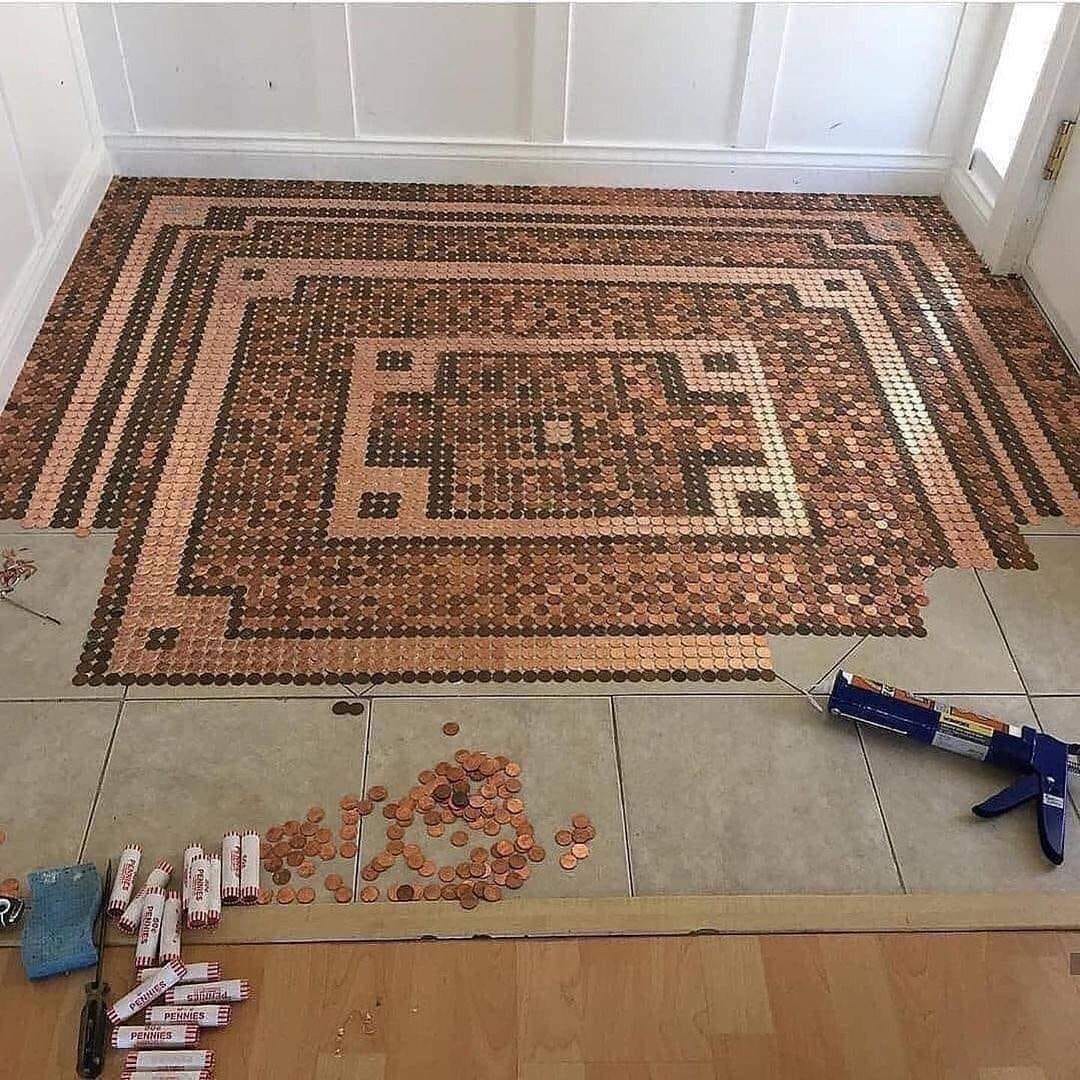 “I was a machinist prior to be a jeweler, and this helped with with being able to gauge the design with close to symmetry as the foyer space would allow.”

After the coins were in position, a clear epoxy was placed on top. Kelly used multiple coats, sanding and buffing in between each coat. 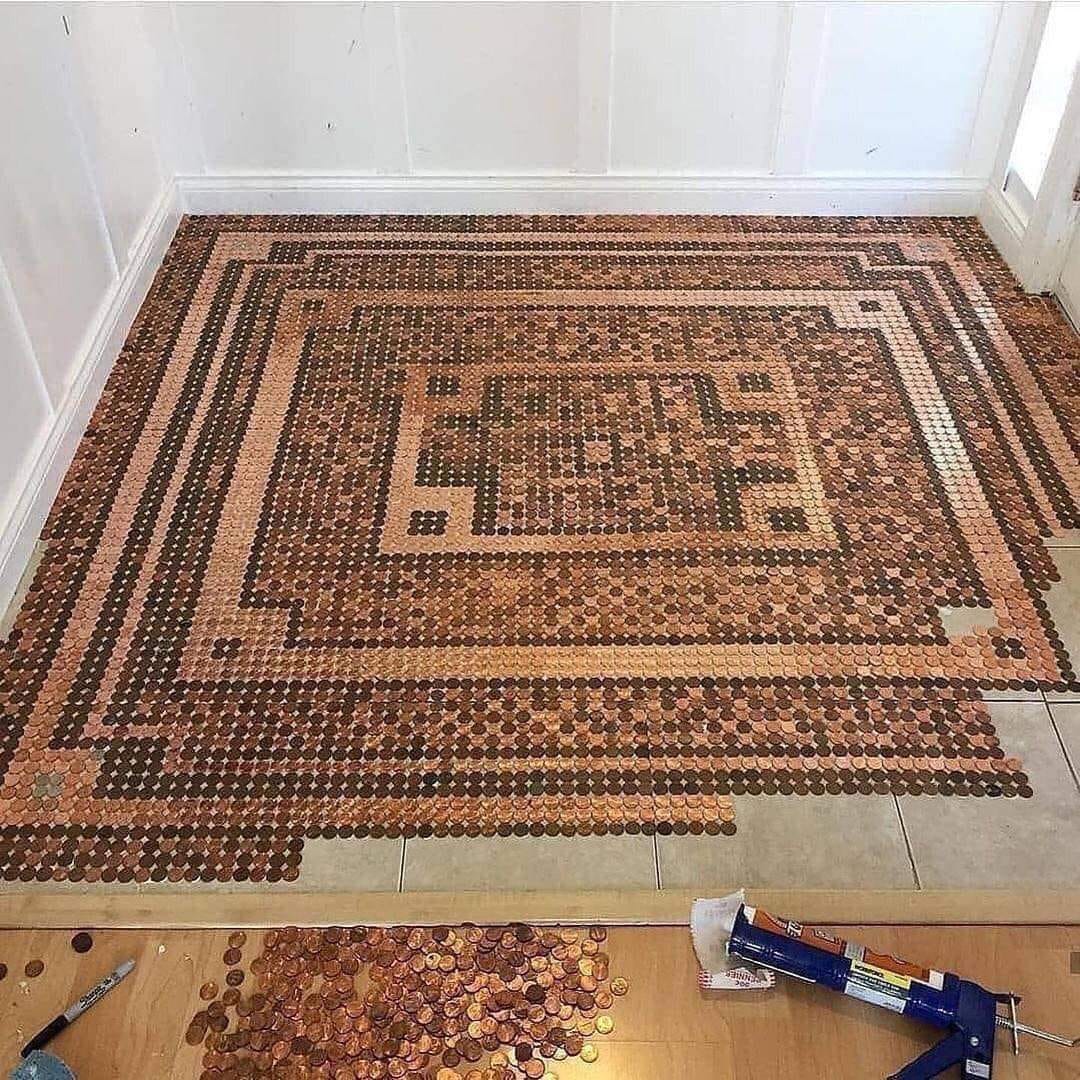 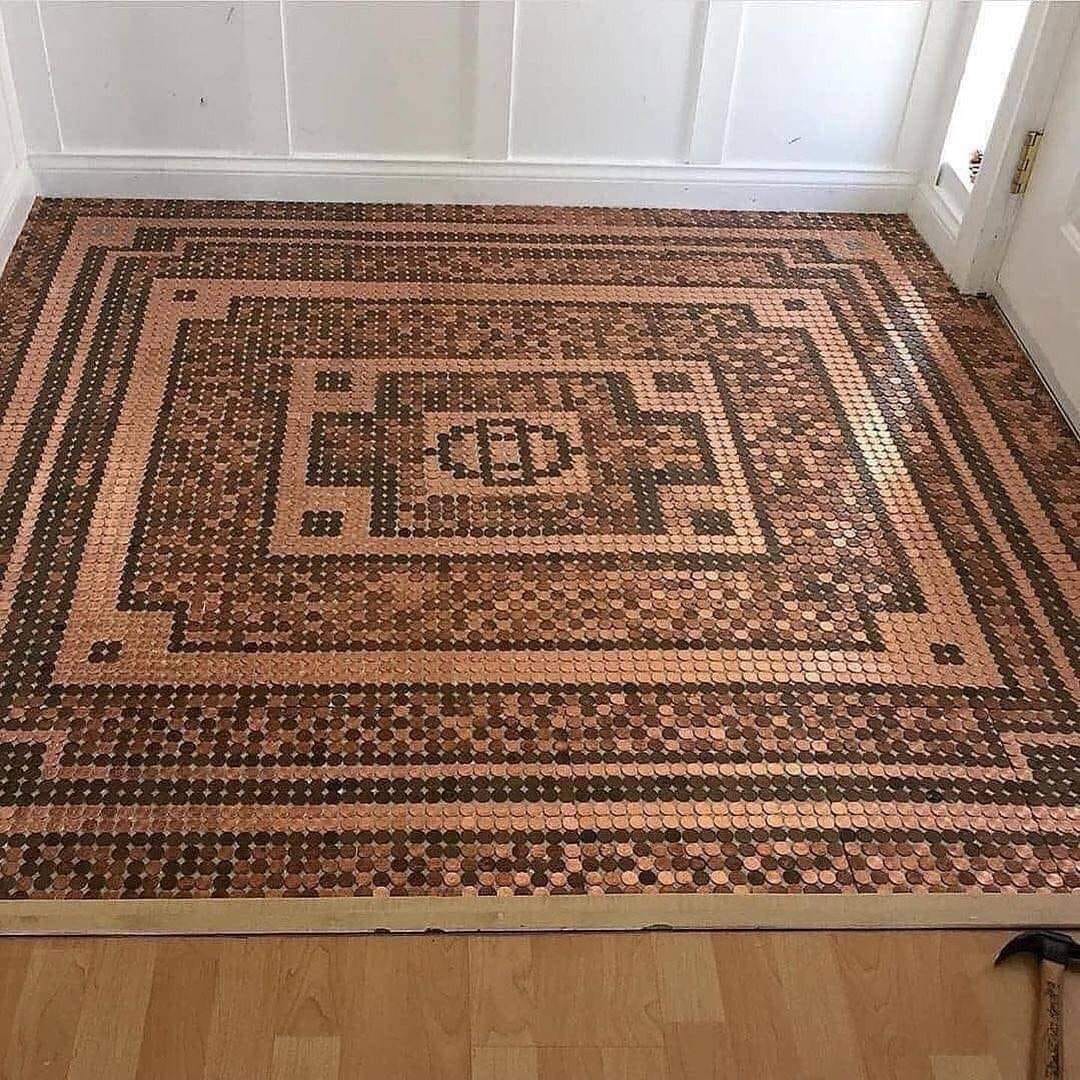