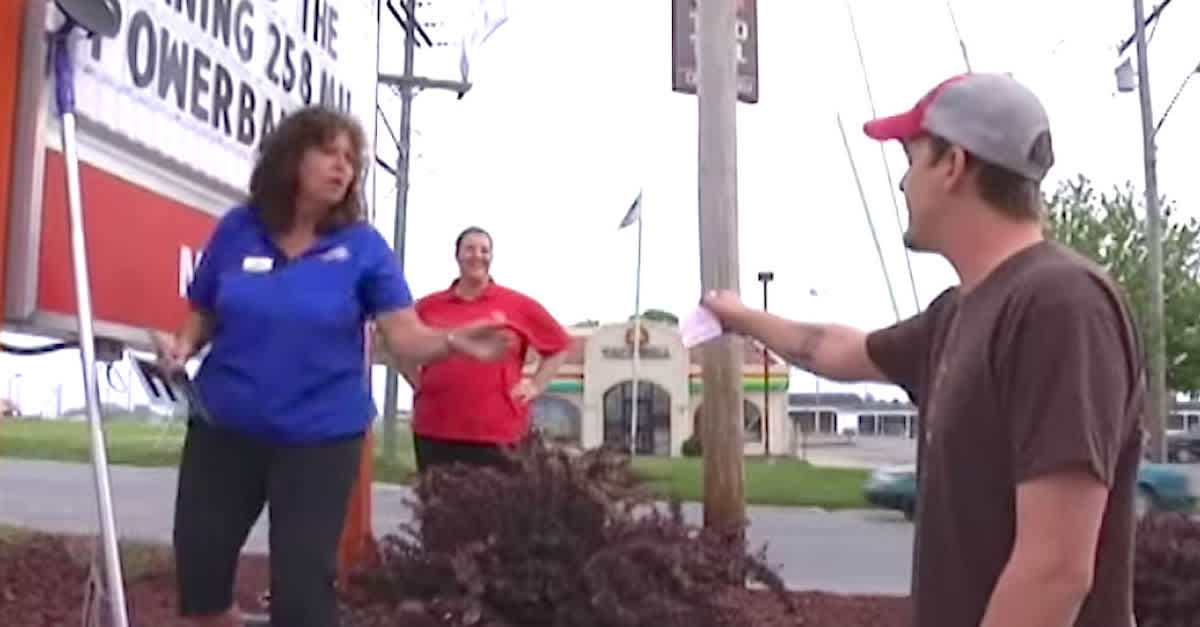 Christopher Shaw was working as a store clerk at the Break Time convenience store when he decided to take a stab at the growing Powerball Jackpot.

As the jackpot grew, Christopher figured he might as well buy a few tickets, after all, he only had $29 to his name – so why not! The next day Christopher’s girlfriend called him and said that the store he worked at sold the winning ticket. She had checked her tickets and none of them were winners. She made Christopher check his. When he looked at his ticket…he realized that he was the big winner.

Christopher immediately drove down to the store where he worked. His manager was putting lettering on the store sign saying that they had sold the winning Powerball ticket. Christopher casually walked up to her and another employee and said, ‘Hey, can we check my ticket, I think I won’.

In disbelief the co-workers stopped what they were doing and walked with Christopher over to a lottery official who was in the parking lot. The lottery official took the ticket, looked at his numbers and matched them against the official winning numbers drawn. He had in fact won.

Christopher called his girlfriend a second time to deliver the good news. All of this, caught on camera.