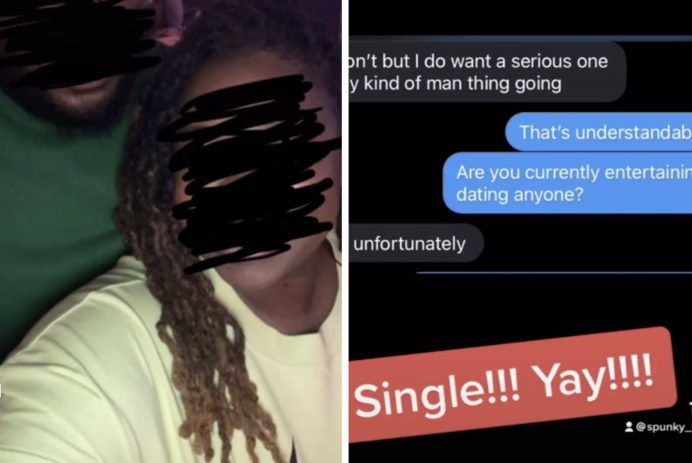 TikTok user @spunky_brewstah shared a video of how she played her Tinder date after finding out that she matched with a married man — with six kids.

“I woke up and chose petty,” she wrote in her caption.

The video shows how the woman matched with a man named Eric, who swore he was a one woman kind of guy. After a little investigation work, the woman found that he was in fact married and had six children. Eric had been married for 7-months, but in that relationship for that past 2.5 years.

She then asked Eric if she could “invite a friend” on their date, and he agreed. She revealed who she wanted to invite by sending Eric a selfie he took with his wife, calling her the “special guest of honor.”

“You smooth,” he replied.

Commenters thought she was pretty smooth, too.

“This is golden,” one user said.

“Never trust but always verify … I’ve been played too hard before,” another wrote.

“Six kids … seems like he’s got enough to play with,” a third joked.

After seeing the influx of comments on her post, @spunky_brewstah said she hasn’t told Eric’s wife what she found yet — but she’s thinking about it.