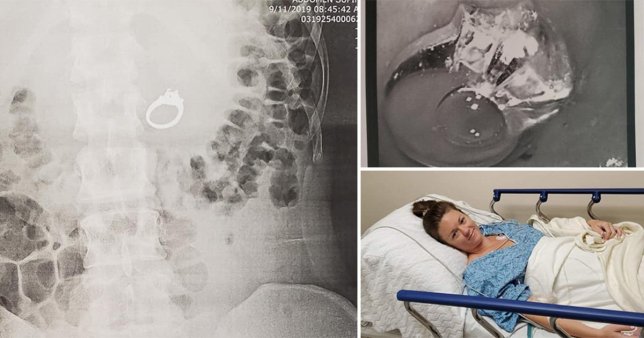 You know those dreams that sometimes seem so real that they are true? Well, Jenna Evans does.

The San Diego woman and her fiance, Bobby Howell, “were in a very sketchy situation involving a high speed train and bad guys,” Evans wrote in a Facebook post.

“(Bobby) told me I had to swallow my ring to protect it; so I popped that sucker off, put it in my mouth and swallowed it with a glass of water,” Evans wrote. 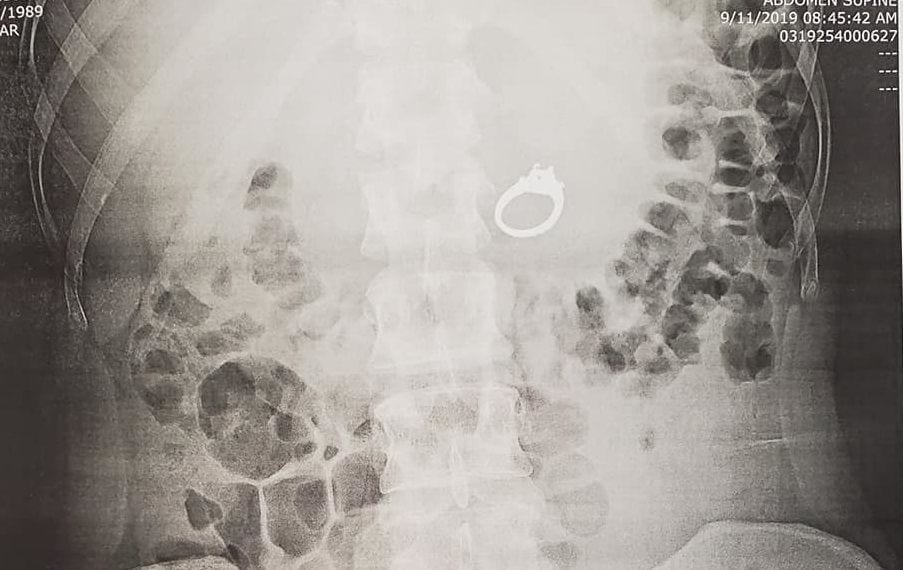 “We laughed pretty hard for about an hour and a half, called my mom, laughed until we were crying, googled ‘do other adults swallow rings’ because kids do it all the time, but apparently it’s less common for adults,” Evans wrote.

She and Howell then drove to urgent care where she had to explain to various doctors what happened.
“The doctor ordered an Xray and seemed pretty shocked when she walked back in with a second doctor and showed me that sure enough, my ring was right there in my stomach!” Evans wrote. “I could definitely feel it in my guts, it was starting to really hurt and make us nervous.”
Doctors felt that just letting the ring pass through Evans was not the greatest option, so they decided to do an upper endoscopy, a procedure where a doctor uses a flexible tube with a camera to see the lining of the gastrointestinal tract, according to the National Institutes of Health. 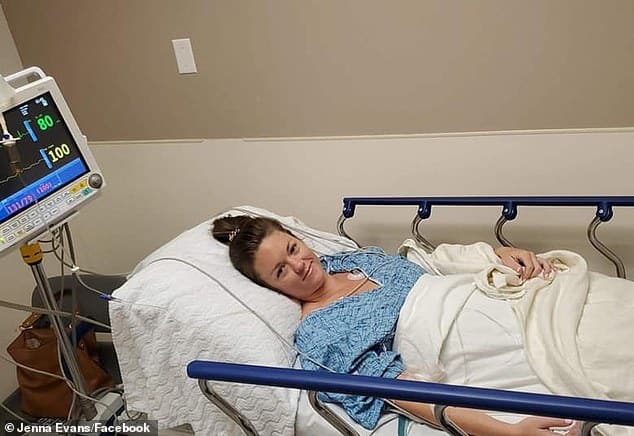 The ring was found just beyond Evan’s stomach in her intestines.
Initially the ring was returned to her future husband for safe keeping! Then returned to the finger of his soon to be wife!

“We’re still getting married and all is right with the world,” Evans wrote.
Prev Article Next Article