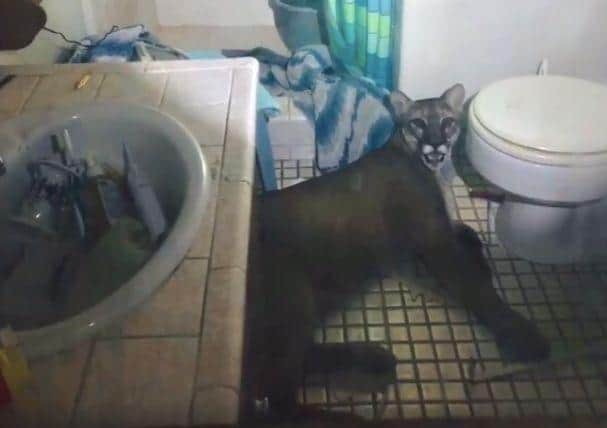 A California couple who called 911 over a home intruder this week had some real paws for alarm.

Kathy and Edward Sudduth, 87 and 84, were caught off guard when they were watching TV in their Sonora home on Sunday and heard a “big bang,” Edward told local news station Fox 40.

At first they thought the large animal that had appeared in their living room was a dog ― but they soon realized that the creature was a mountain lion.

“His tail was pretty close to me so I just ‘thwipped’ it a little bit,” Edward said.

The cougar apparently found the humans rather frightening themselves ― the big cat turned and high-tailed it into a second-story bathroom and the homeowners closed the door behind it, Tuolumne County Sheriff’s Sgt. Andrea Benson told The Guardian.

That bathroom is where Tuolumne deputies and state wildlife officials found the mountain lion when they got to the home, as captured in a photo posted on Facebook by the sheriff’s department.

The post also includes video showing how deputies freed the trapped cat, banging on the wall to try and get the mountain lion to leap out the window. At the end of the video, the mountain lion is finally seen jumping to the ground.

The mountain lion then ran off toward the wilderness, Capt. Patrick Foy of the California Department of Fish and Wildlife’s law enforcement division told The Guardian. 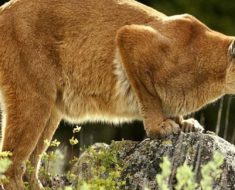 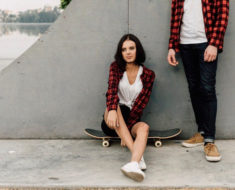 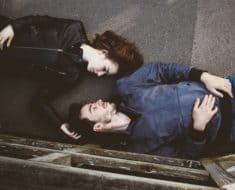 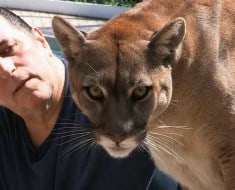 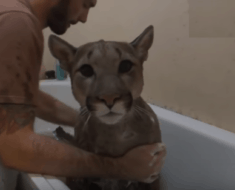 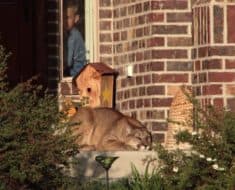 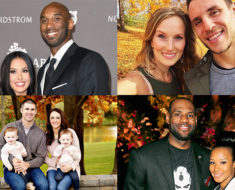 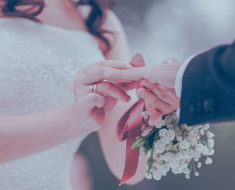 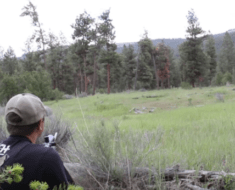 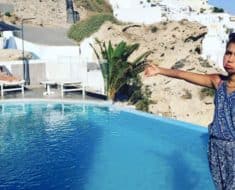 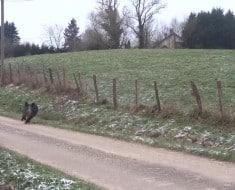 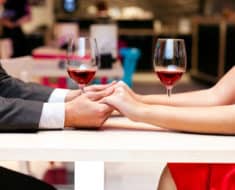 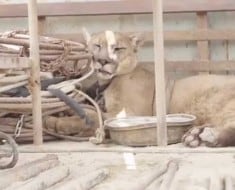 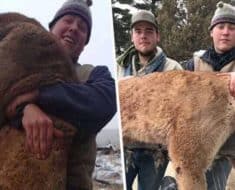 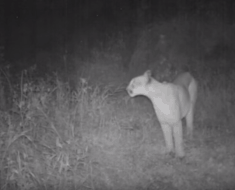 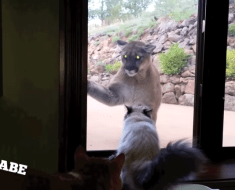